You are here: Home / Archives for sleep deprivation 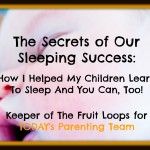 I am a member of the Today Show’s Parenting team (I don’t want to brag buuuuuuuuut, I’m a TOP CONTRIBUTOR, thankyouverymuch) and this month, they challenged us to discuss a topic near and dear to my heart:  Sleep Training.  Specifically, they asked us to give tips from our journey to a good night’s sleep.  Because […] 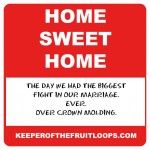 Hubby and I, on the general, don’t argue much. Strike that. We argue all the time. We have tiffs, we have eye rolling, we have snippy moments where I call him a jackass and he gets annoyed. Occasionally, there’s even a door slam. But, for the most part, we don’t argue so vociferously that one […] 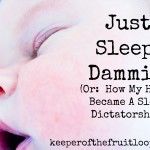 There are few things that will drive a new mother over the edge like sleep deprivation. The days where you wake up exhausted, nauseous and convinced you will never sleep again in the history of ever drive yoga pants clad moms all across this nation to the brink of insanity. Everyone always seems to have […]